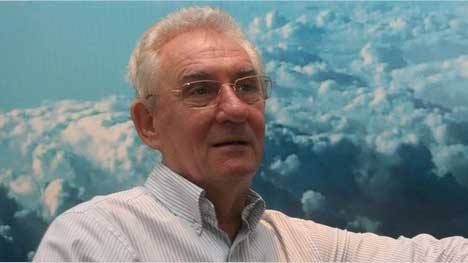 In a historic crate between the two Great Wars, a blink of two decades, broken-down Šašit pašina kasaba has turned itself into Serbian Manchester.
Those, whose visons have not been clouded feed their soul with pictures on the screen in the local cinema. Silent images from the pub “Pariz”, enriched by the unique “Leskovac’s tone”, have flooded the dusty streets and rare cobblestone.

Hollywood glamour and Ottoman narrow-mindedness, as two tectonic plates, have clashed on banks of the River Veternica. The bang has cornered the past into blurry memories pushing the new times to color the life in cheerful colors.
The whole city has become a movie set and, living in that time, Mita Teokarevic has written down the script for “the new era”, on the fly. A few had faith in him, but he never needed any faith. He knew how passion is born suppressed by the poverty and wars.
His main characters, two blood brothers, Cone and Dine, never anticipating played the roles of their lives on the faith’s casting of the chose, thus signifying the golden age of their city, Leskovac.
Daily we are faced with the traces of that Leskovac, even if we do not know it. Through the grill from Leskovac, caricaturing dialect, enriched and melodic speech which is a true treasure, stories of Leskovac’s cloth, soaps, medicine, and shampoos. At the very end, a specific spirit which is present till this day pumping fuel for the timeless factory of laughter. By some miracle, despite numerous obstacles, the unique factory never ceased to work.

Hence, behind us there is a true treasury of heritage and in front of us an objective danger that living in virtual reality, where you do not need to remember phone numbers, verses, addresses, dates… because everything is feed to phone memories, tablets or computers, we forget something more important.
Who are we, what are we made of, where are we and who made us?
Should this happen we are becoming an easy target to the actual process of spiritual and cultural depreciation of local in the name of regional or global.
The next stop is “Clone Town”, a place where everyone will live one day no matter the latitude or longitude.
Having this in mind, the defense of local heritage is not a question of nurturing the nation but a question of its survival.
That said, Leskovac is a heritage of local in concentrate!
Small kasaba, who has, using the little territory it had and in front of the flood of history’s excess, dared to grow into a small town, then a city which has in many ways been the champion in this parts of Europe.
We can forget that. However, we shouldn’t, because it is a ramp for clone city and the best way to show the real Manchester how we defend the former Serbian Manchester on the Balkans.
Forgetting the essential wealth of the local is a sin which already in its next step expands to oblivion of all that has determined, preserved and improved us.
If you forget what you once did to be better, you will remember only the things that will enable you to become worse. And that is especially important now when it is decided all over the world who deserves to survive, to whom belongs the spirituality, education, creativity and innovation. Who is destined, from now on, to only pick, screw, dig and constantly consummate anything for the little money he has! Let’s save the future for us authentic people by preserving the past of those to whom authenticity was the reason of success and existence.
If we are smart, we will have strong forces by our side in the fight against the uniformity of the global.
If we choose foolishness, Serbia will never be what Leskovac once was.
Movie about Leskovac is much, much larger than a romantic and realistic story of the Serbian Manchester.