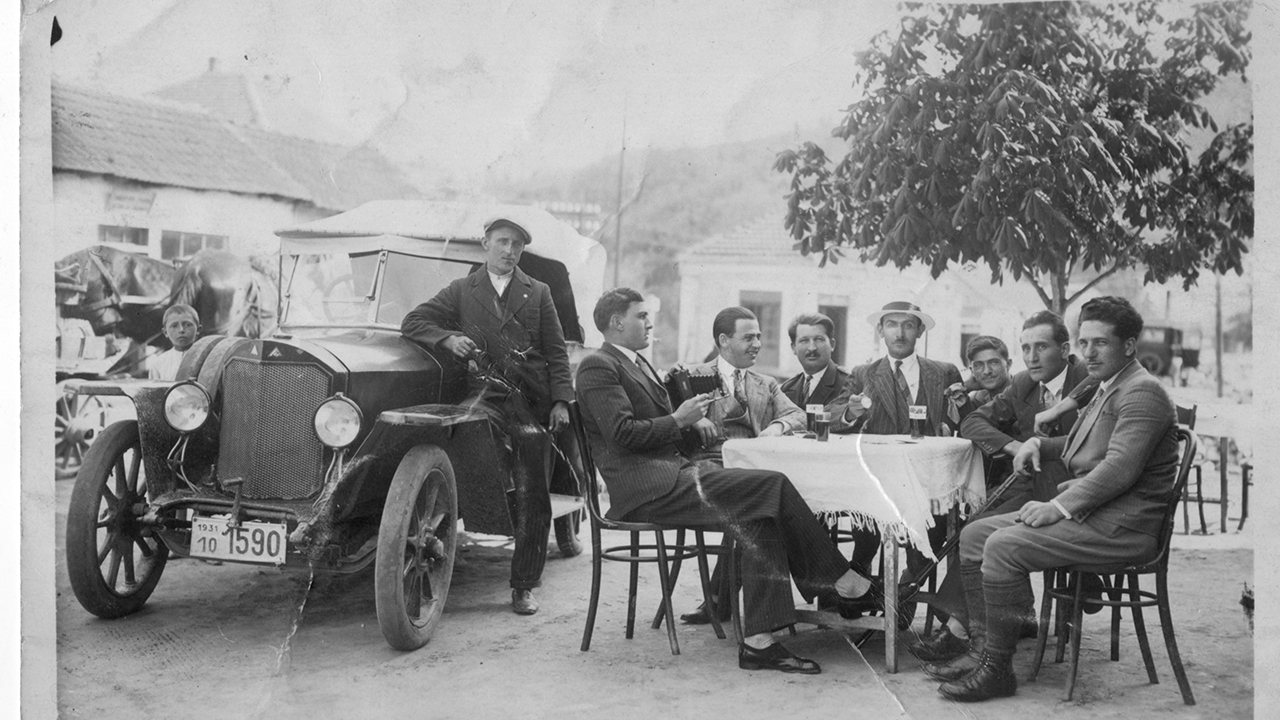 Leisure and Entertainment in the Golden Era

Aside from the business and strictly formal life, there was another, completely different side to Leskovac... one of good humour, stubbornness and defiance. It is that of a small and, in a social sense, a closely knit Manchester, filled with tasteful fricassee, stew and stuffed peppers, fatty pies, hot sausages and the specialty, “kebabs,” amongst a multitude of various other snacks.

Everything turns into a “good meal,” and better still, turns to, “drinking.” Only then, did they become closer and with red wine and gypsy violins, they poured out their soul, went crazy and did crazy things. Later on, everything would be told and retold and discussed at great length in the taverns.

During the summer, there were tables, covered with white or colourful tablecloths, arranged outside the taverns and kebab houses. Not only in the centre of the city but in every street where there were taverns. In the summers, the city of Leskovac lived on the streets.
When night fell, crowds would gather in front of the taverns. The smell of barbecue and onion would ooze through the air of the summer evening. From the gardens of the hotels, “Kostic,” “Solun,” “Pariz,” and “Plug,” the music would echo. Those who did not have enough money for a tavern, found refreshments in parks, on Hisar, at Sokola or at the park Sveti Ilija. A little outside the city, people would usually sit in front of their houses or in the gardens.

At the exit from Leskovac towards Grdelicka klisura, the very first swimming pool in Leskovac, known by the name, “Leskovacka plaza,” was opened to the public on the 9th of July 1939. It provided wooden cabins, areas for sunbathing and a trampoline. This attractive building seemed, “fresh,” pleasant and hygienic because its owners, Berdic-Milenkovic, took excellent care of it. In the summer, the public gladly visited that “beach” and practiced water sports in the pool. Very quickly it gained a full recognition, which was evidenced by the fact that the. “elite in the city,” began to visit the beach. Songs were sung about the beach and a lot of jokes were made on its account.
The owners introduced public transportation which would transport people to and from the pool. “Leskovac’s tram,” a horse drawn carriage with two horses and benches enough to seat 16 people, drove people from the Monument to the pool and announced its arrival by the ringing the bells.

On this day in Leskovac, every child received new clothes and a bell on a coloured band around their neck. In a two by two procession, lined by the respective grades they were in, the children went to church where everyone received branches of willow.
"The whole ceremony was followed by the sound of bells that each of us wore on the three-coloured band around our necks. The soft sounds of bells spread from the churchyard throughout the city. The whole ritual of preparing for the feast made it all the more exciting and joyful. For us children it meant: new clothes and new shoes."

It is not well known that Leskovac’s traders, artists and clerks during the, “Bele nedelje,” week would gather on, “Silent Tuesday,” where they would sing, “Long live the Gluvi tornik, cheers to the people who enjoy life, the butchers, the ice-cream men and down with the nervous, rowdies and jinxes.” They were hanging out, talking about everyday trivia, telling jokes, anecdotes and singing accompanied by the sound of music. They were sipping on their drinks while the, “bolder,” ones drank brandy and wine directly from the barrels. That is how they found their escape from the ordinary and sometimes dull everyday life of the city. On, “Clean Monday,” in March of 1928, a drinking competition was organized.

Many spent their summer evenings in the gardens of movie theatres where the movies were watched while sitting at a table eating kebabs and drinking cold spritzer. The crowd gathered around Buretova’s kebab house to watch the fattest resident of Leskovac, Biglja, who, according to the older citizens who best remember him, could eat 250 kebabs in one night. When they wanted some candy, they went to the confectioner Milan Stanojevic, who made extraordinary cakes, candies, especially, “parachutes,” and at Mitanija, for some boza and his famous huge custard pies.

In the evenings, it was always very lively around the monument. Near Hotel, “Kostic,” and the nearby taverns which were always full, there was a promenade where there was always loud music and men and women walking up and down in columns of two. In the summer, there were also many ice cream stands. These consisted of push carts with large, specially made boxes, usually coloured with different colours or figures and selling ice cream in cones or metal trays. 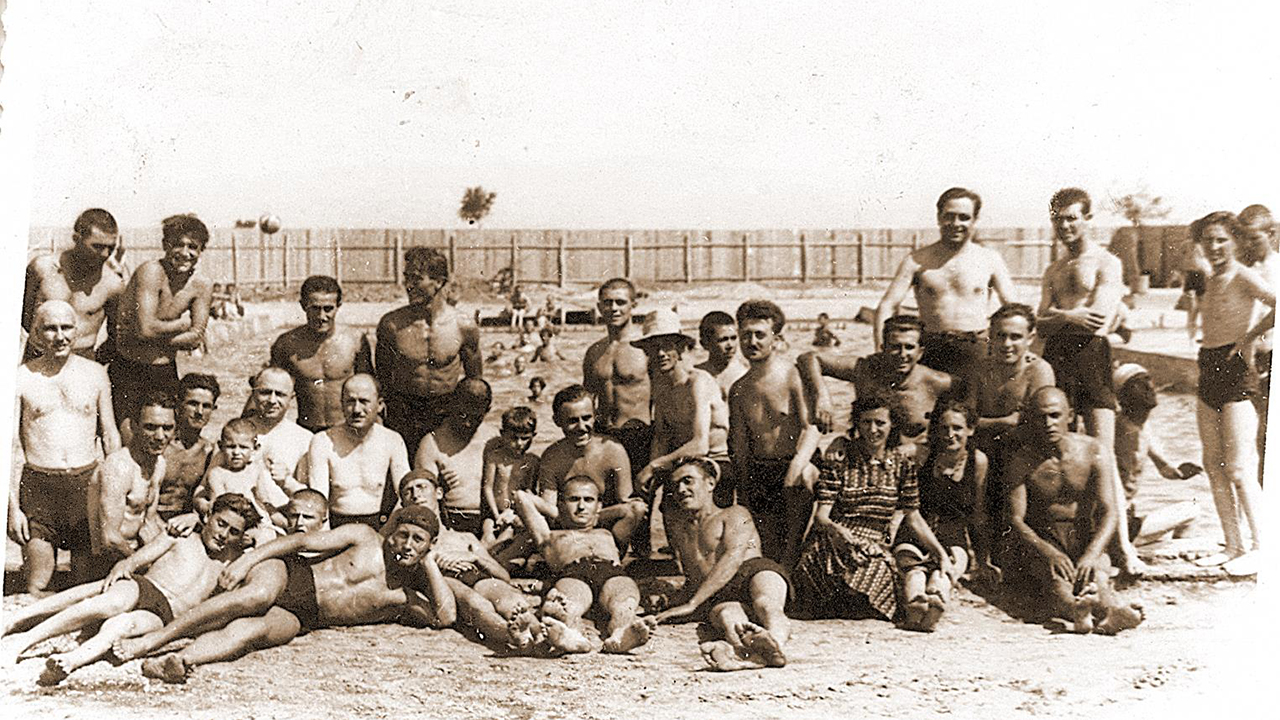 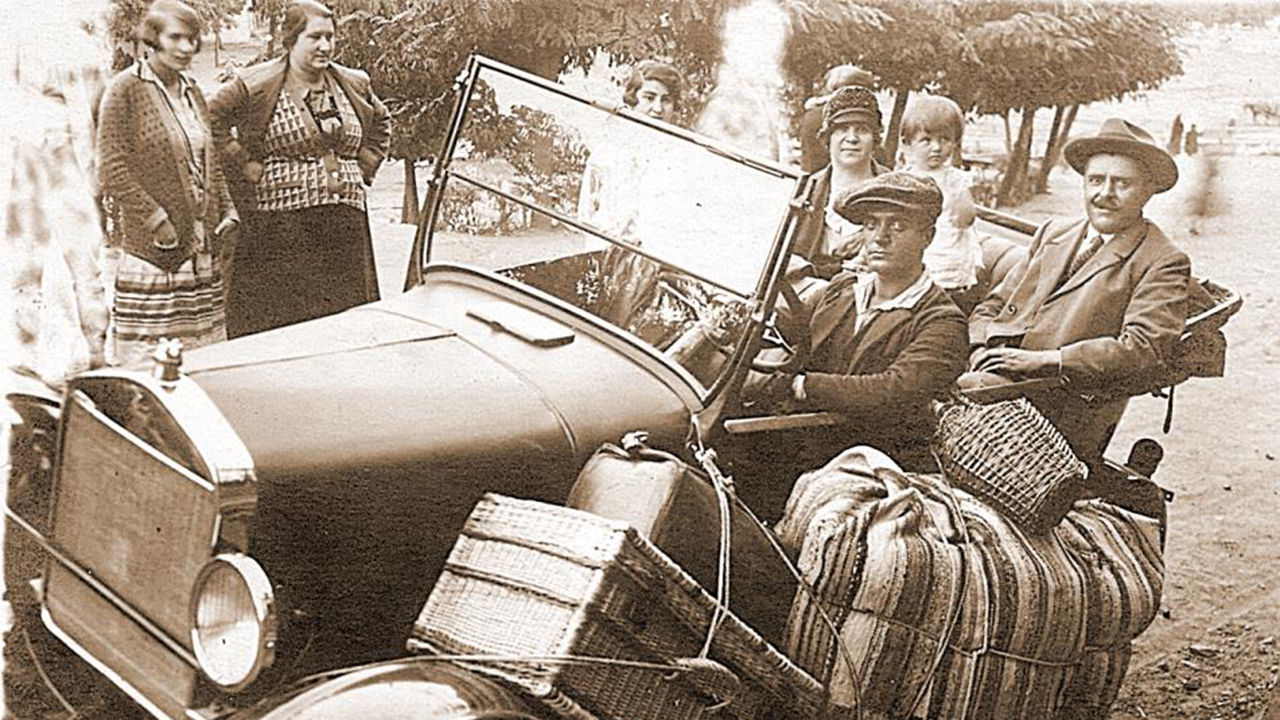